Building a Climate for Culture Change: 3 Key Concepts for Your Safety Evolution

Do you have a plan to sustain your safety initiatives?

BBS and Leadership Analytics: Using Your Big Data to Engage Your Team

Why do safety programs fail? Because they are viewed as a short-term "program" that will lose momentum in a few months. What are they keys to sustainability and how can organizations ensure continued success? The first step is to make sure your safety team has a common vision. This video introduces ... 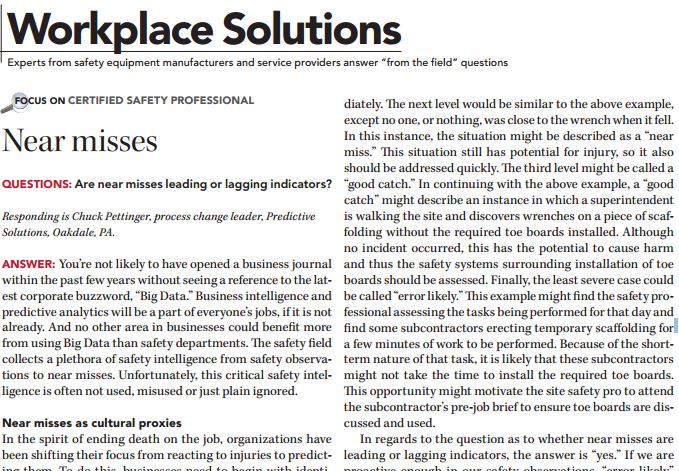 It's All About the People

Why Your Next Safety Program Will Fail: A Call for Change Management